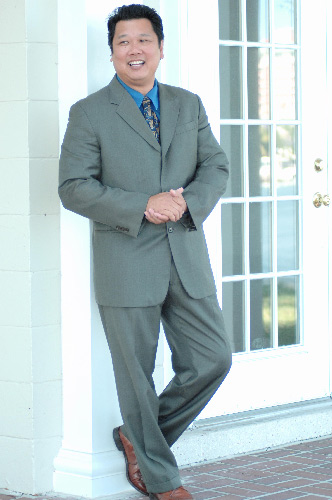 Master Man-Son-Hing founded Man-Son-Hing Martial Arts Academy in 2000. He is of Chinese lineage. He has recently retired as a City of Tampa police officer with 21 years experience and obtained his degree from St. Leo’s College. Master Chris instructed at the Hillsborough Community College Law Enforcement Academy and the Tampa Police Academy. In 1999 Master Chris founded the first martial arts youth program while assigned to the Police Athletic League. The program has been in existence over a decade.

Master Chris has studied many forms of martial arts through out his life and holds the rank of black belt in several different marital arts styles. Master Man-Son-Hing was awarded his 6th Dan Black Belt by Grand Master J. Park, ranking him as the 159th recipient.

Master Chris was honorably discharged from the U. S. Navy after serving several tours in the Mediterranean and other parts of the world. He has studied many forms of martial arts throughout his life and holds the rank of 6th Dan black belt in both Taekwondo and Hapkido.

Master Chris is an expert in self defense and has been featured in the Carrollwood News, Tampa Bay Cable Network and internationally on YouTube and The Dragon Boat Channel.