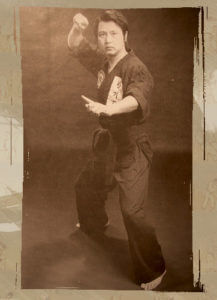 Grand Master Park is a well known author of more than five books and has recently starred as himself in a documentary made of his amazing life in Korea. He is also famous as a war hero for his legendary survival as a prisoner of war and his historic induction to the World Taekwondo Federation as only the 34th martial artist to ever receive the 9th Dan black belt in Taekwondo and Hapkido. Grand Master Park is a martial arts legend and we are greatly honored to have him as the Master of Ceremonies at the Man-Son-Hing Martial Arts Academy in June, 2009.