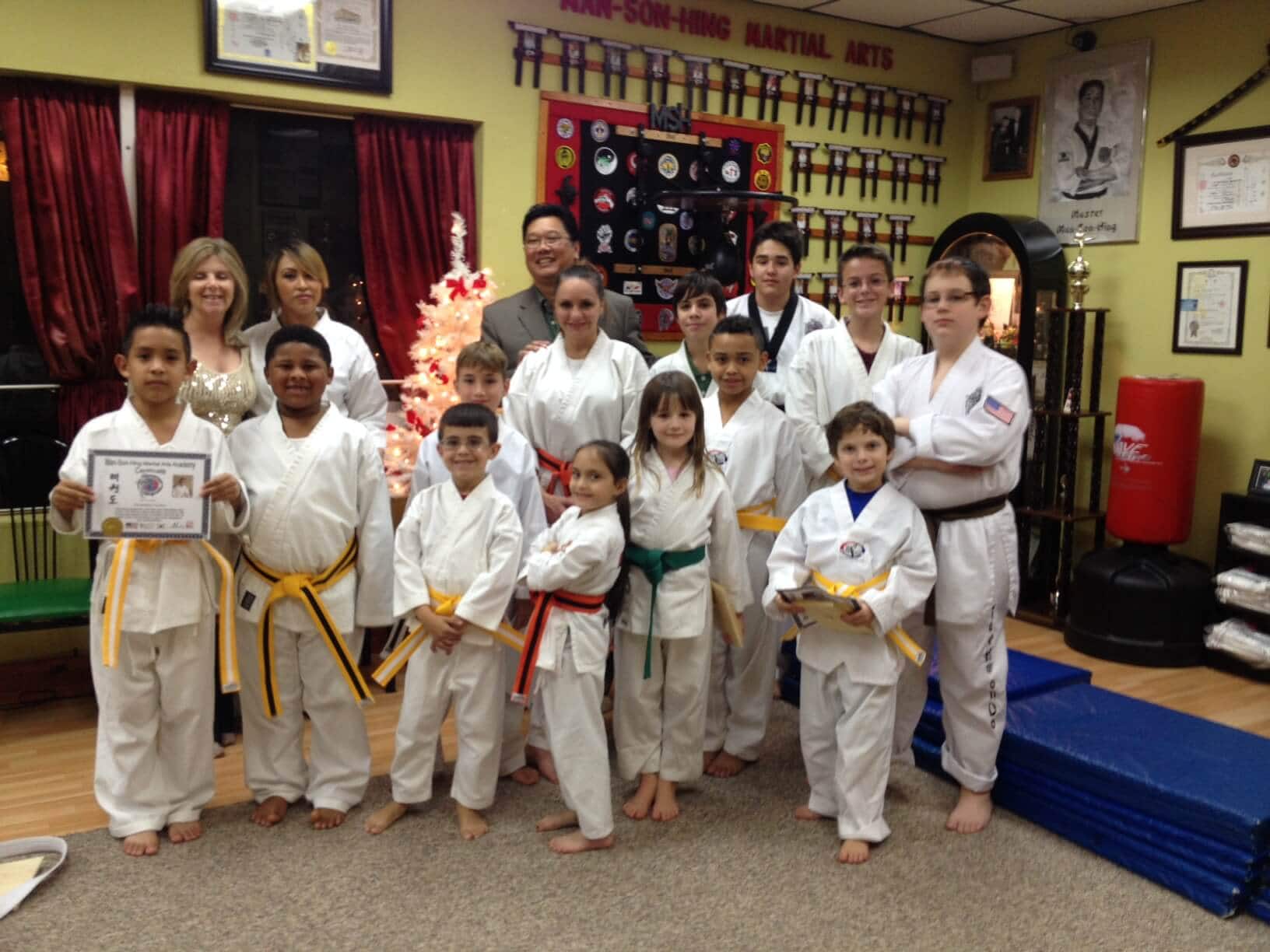 A Holiday promotional testing was held on Friday evening, December 11th, 2015 at the Man-Son-Hing Martial Arts Academy. Master Christopher Man-Son-Hing Sixth Dan Black Belt in Taekwondo presided over the ceremony with Angel Carde, First Dan Black Belt and Alexander Glen, Brown Belt assisting Master Man-Son-Hing. We also welcome the Jewish Community Center JCLUB students to the testing. The candidates all performed excellent one steps, forms and sparring exhibitions. All the candidates proudly received and were presented their next rank by Master Man-Son-Hing. Promotional candidates were all presented with a gift from Santa who magically appeared with his Reindeer. It was a blessed evening at the martial arts center spending time with the candidates and their supportive family and friends. Merry Christmas and Happy New Year from Man-Son-Hing Martial Arts Academy!